The History of the Ballet:

Coppélia (sometimes subtitled: The Girl with the Enamel (or Porcelain) Eyes) is a comic ballet originally choreographed by Arthur Saint-Léon to the music of Léo Delibes, with libretto by Charles-Louis-Étienne Nuitter. Nuitter’s libretto and mise-en-scène was based upon two stories by E. T. A. Hoffmann: Der Sandmann (The Sandman). In Greek, κοπέλα (or κοπελιά in some dialects) means young woman. Coppélia premiered on 25 May 1870 at the Théâtre Impérial de l’Opéra, with the 16-year-old Giuseppina Bozzacchi in the principal role of Swanhilda and ballerina Eugénie Fiocre playing the part of Frantz en travesti. The costumes were designed by Paul Lormier and Alfred Albert, the scenery by Charles-Antoine Cambon, and Édouard Desplechin and Jean-Baptiste Lavastre.

The ballet’s first flush of success was interrupted by the Franco-Prussian War and the Siege of Paris (which also led to the early death of Giuseppina Bozzacchi, on her 17th birthday), but eventually it became the most-performed ballet at the Opéra.

The story synopsis is as follows:

Swanilda, A young maiden who lives in a medieval European village, Begins her day with a prayer. As the day breaks the townspeople dance gaily. The town eccentric, Dr. Coppelius, accidentally drops the key to his house. He is rumored to make the most exquisite dolls. Swanilda convinces her friends to sneak into his house.

Swanilda and her friends find Dr. Coppelius’ house to be populated by the most charming toys.  Swanilda sees a girl sitting in a chair, wearing the exact same dress she herself wears.  She tries, unsuccessfully, to introduce herself and her friends to this mysterious girl, but then realizes that the girl is actually a doll!  The doll, Coppelia, dances for everyone, after which all of the dolls in the shop dance.  Dr. Coppelius makes an untimely return home and chases the intruders away, except for the hapless Swanilda, who is trapped.  She sits in Coppelia’s chair and pretends to be the doll.

Dr. Coppelius is convinced by this ruse and gets down to the business at hand:  casting a magic spell on his beloved Coppelia to turn her into a real girl.  Swanilda plays along, but is finally caught in her deception when Dr. Coppelius finds the real Coppelia.  Swanilda’s friends come to the rescue, and convince the toymaker and Swanilda to be friends.

Our dancers will proudly present this comical story ballet  Saturday May 22, 2021 at the Lowery Freshman Center Auditorium located at 368 N Greenville Ave, Allen, TX 75002. Take a peek at the costumes! 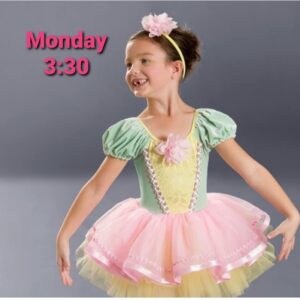 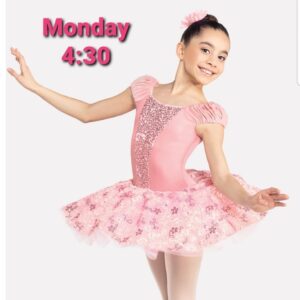 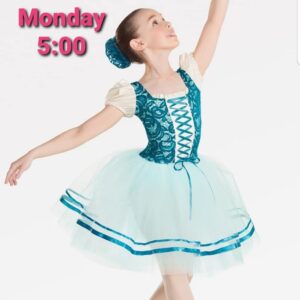 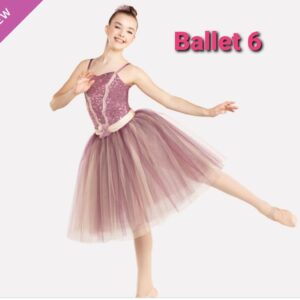 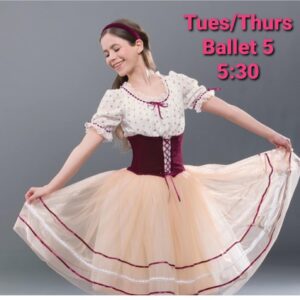